While it certainly doesn’t feel like it, spring is finally here and I’m feeling the urge to make updates around the house. As you may have seen in another recent post, one of the things that sparked me taking action was the launch of the Target Opalhouse collection (more on that here, including all of my picks for every part of your home).

First up: the bathroom I call “mine,” which is technically connected to our spare bedroom, but my husband and I each took one since we have 2 full bathrooms. When we moved, we literally took everything from our 1-bedroom, 1-bath apartment and plopped it into the guest room. Now it’s 8 years later and while we did get new bedding for the spare bed a couple of years ago, the bathroom has remained untouched. 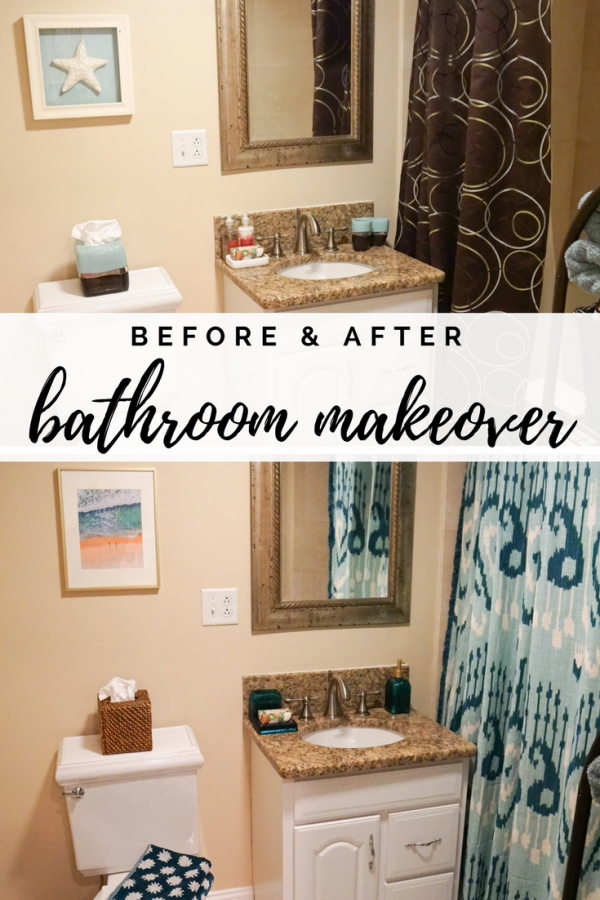 I had no idea how much of a difference something as simple as a shower curtain could make. Our old one was brown – I think I was trying to decorate in as gender-neutral of a way as possible! – and it made the bathroom seem so dark when you were actually taking a shower. I always thought it was because the bathroom didn’t have any windows/relatively crappy lighting, but now that I have a light shower curtain, that problem is gone! I also love this one – but ultimately decided to go with more of a blue/green vibe.

Aside from the items from the Target collection, I added a few touches from other stores, such as the waste basket and tissue box cover. After the shower curtain, my favorite part of the new bathroom is the aerial beach print I found on Etsy! It was a super affordable alternative to the Gray Malin photo prints I’ve had my eye on for years. This one is actually watercolor but unless you’re looking closely, I think it’s so good that it looks like a photograph. Check out the Etsy shop here, shop everything using the links below – and feel my excitement for this update as you scroll through the before/afters!

I wish this space wasn’t so tiny and we had some natural light to take better photos of how it turned out, but you’ll get the idea in the pics below! 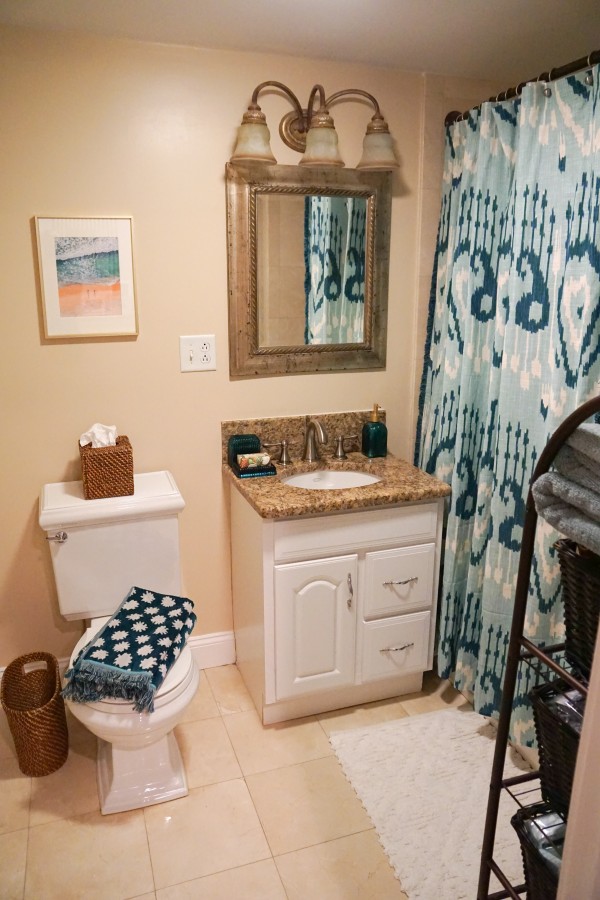 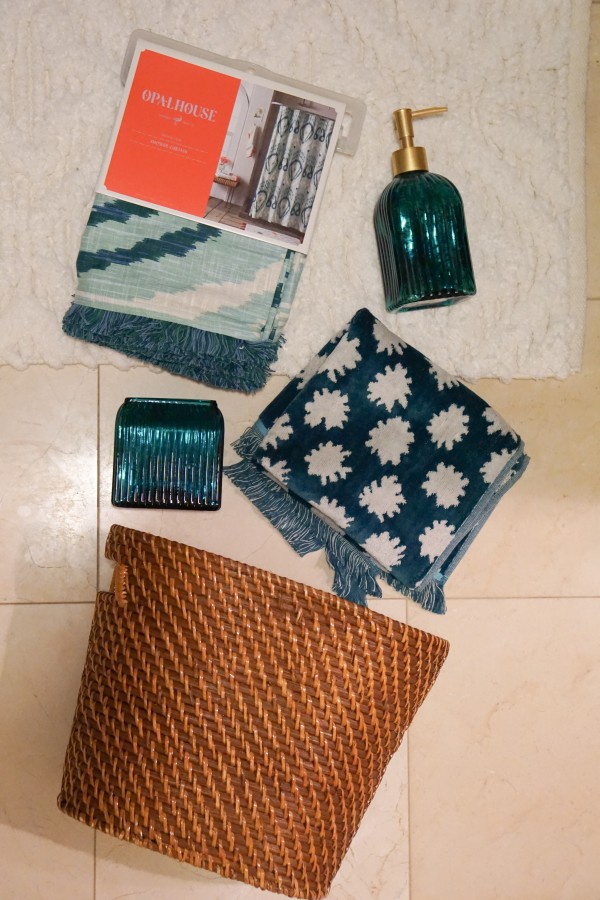 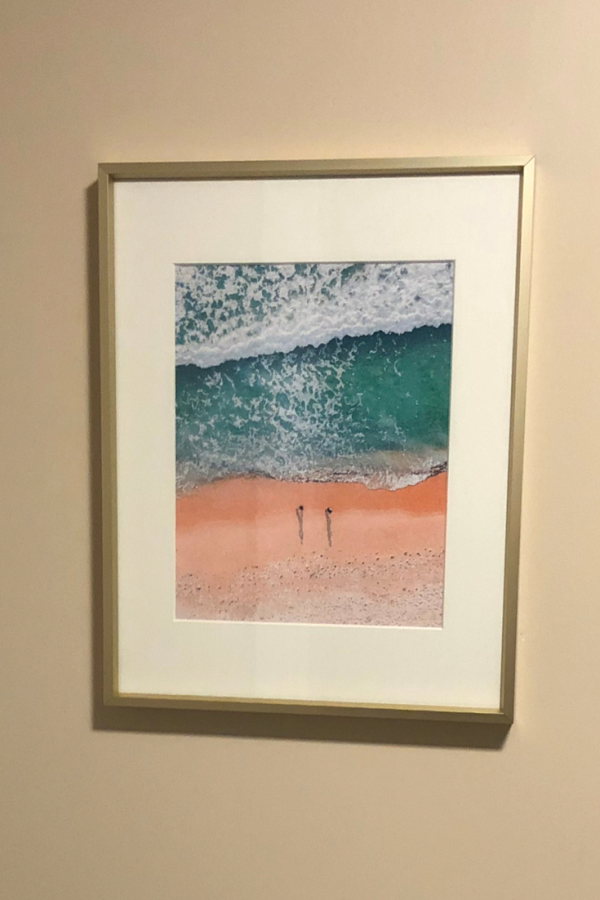 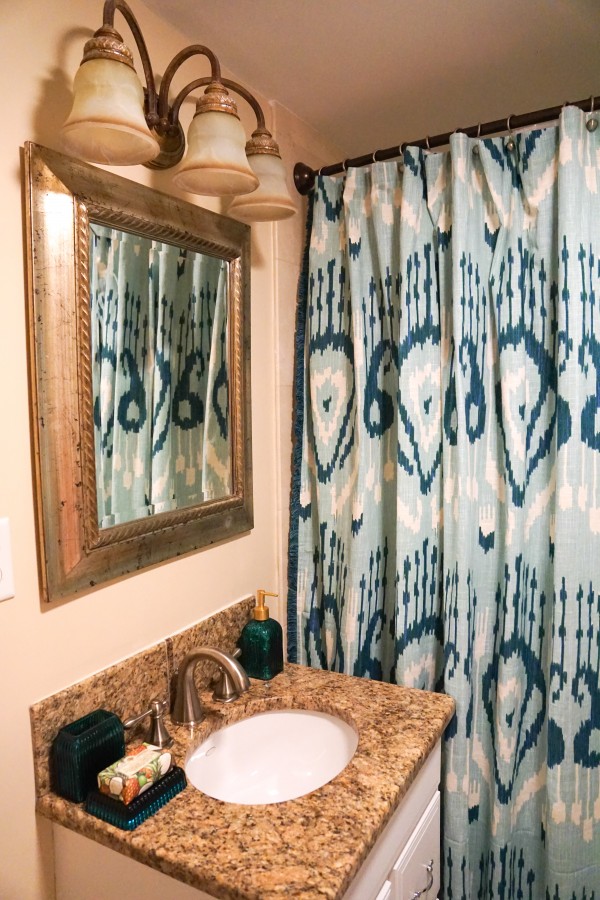 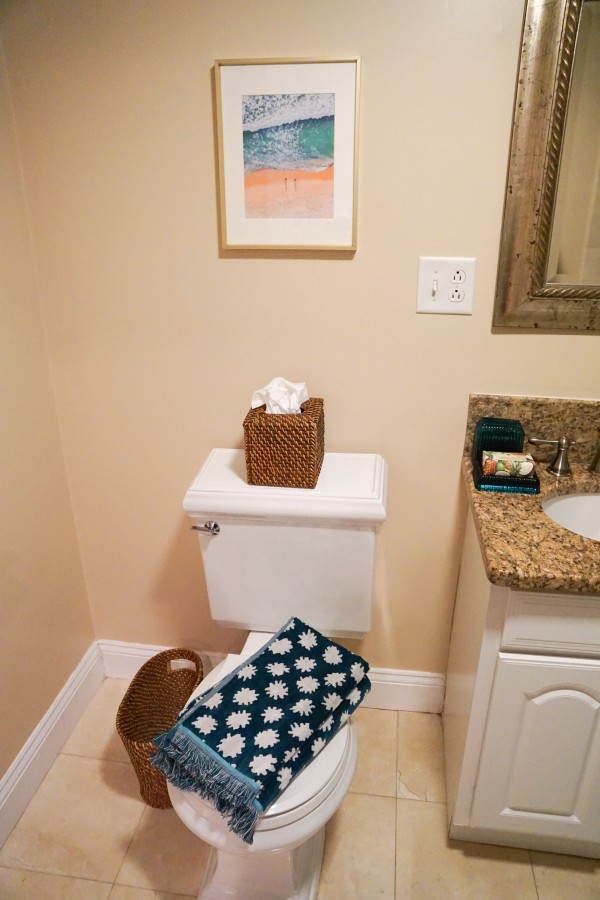 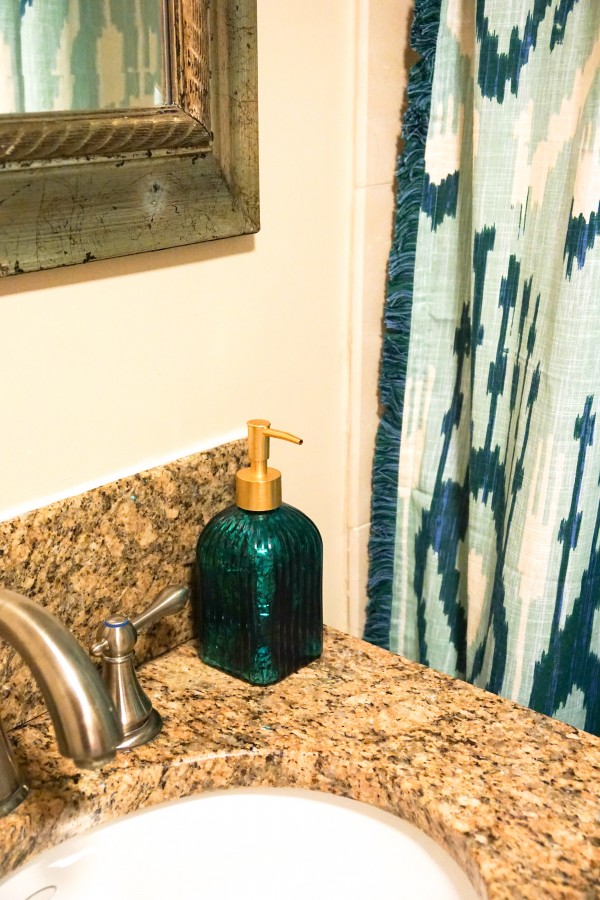 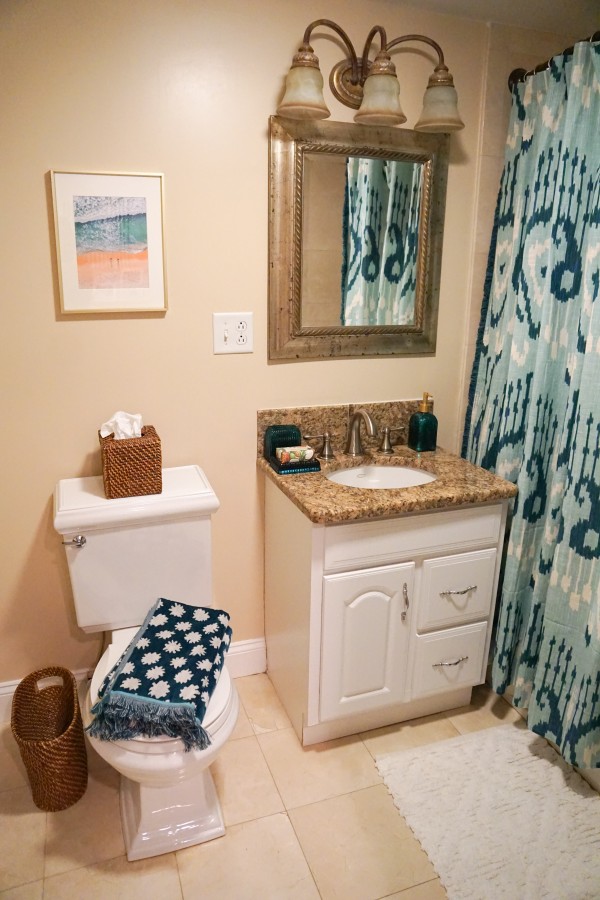 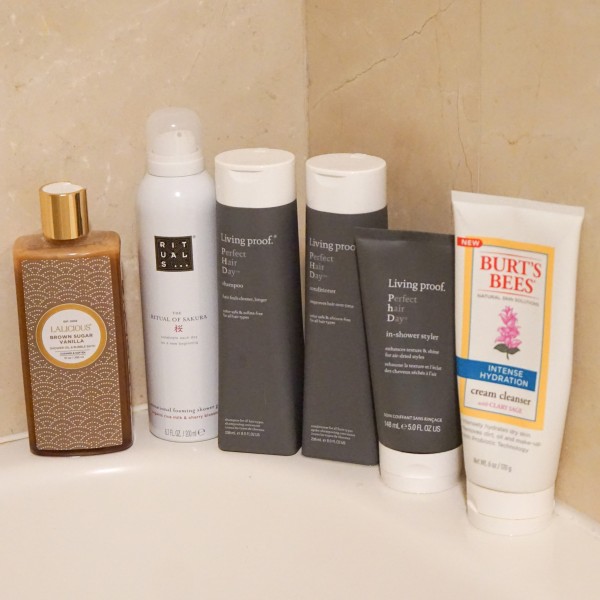 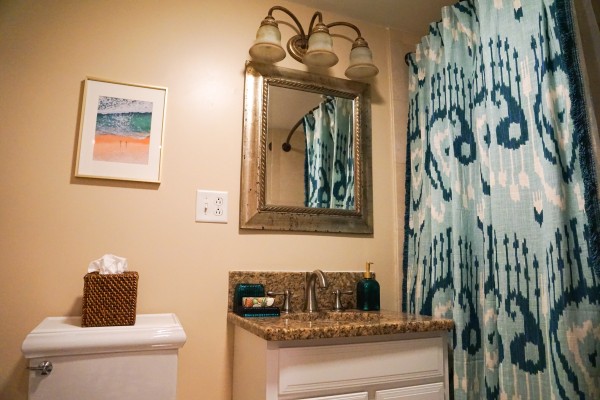 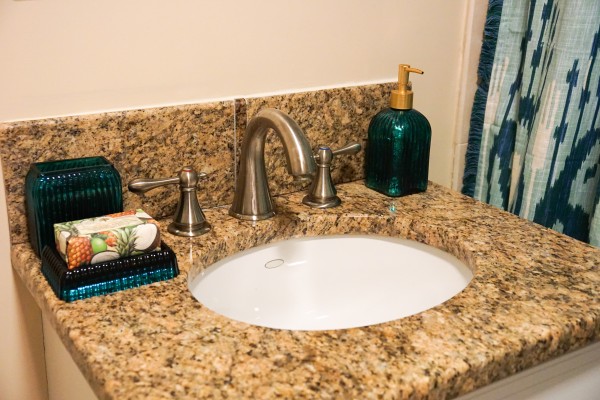