My husband and I recently returned from our honeymoon in Greece, where we spent several nights on the islands of Mykonos and Santorini, both of which were amazing. To begin the travel section of Daily Katy, I wanted to share my favorite parts of Mykonos – and then I’ll also post more about Santorini.

We were pleasantly surprised to discover that mid- to late-September in Mykonos (and Santorini) was a great time to visit the islands. June through August are really the peak seasons in terms of tourism, and the weather was still hot but the islands weren’t too crowded. The hotel we stayed at was actually about the close down for the season, so we were lucky to have the opportunity to stay there before then. Also, many of the beach bars were having “end of season” parties, making for fun beach days.

We stayed at the Santa Marina, a Luxury Collection Resort in Mykonos. Everything about it was amazing, from the private beach, great service and views of the Aegean Sea. 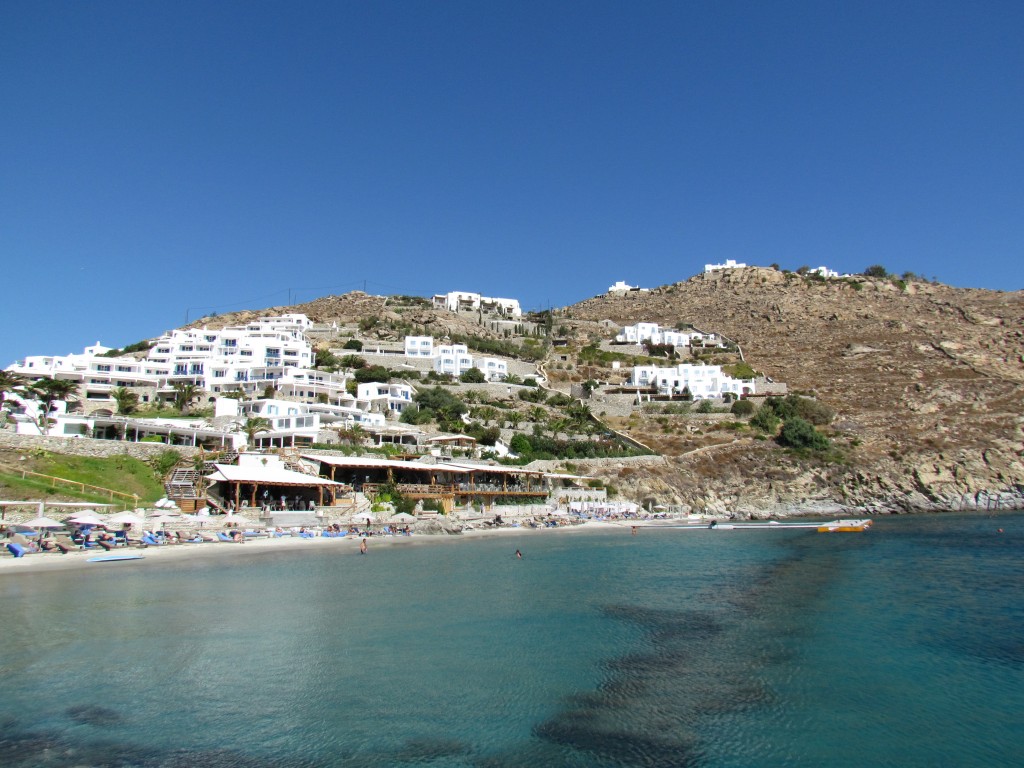 All of the rooms are so nice that we were perfectly happy in the simplest of rooms, the Classic Room. It wasn’t very large in size, but offered a great view and, let’s face it, we weren’t in the room very much anyway. The hotel has many different types of rooms, ranging anywhere from the Classic Room to villas with their own private pools.

Speaking of pools, there are two at the hotel, both with perfect sea views. I did notice that at this time of year, the pools didn’t seem to be heated, but they weren’t too cold for swimming. We preferred the ocean over the pools, but that was just our preference. 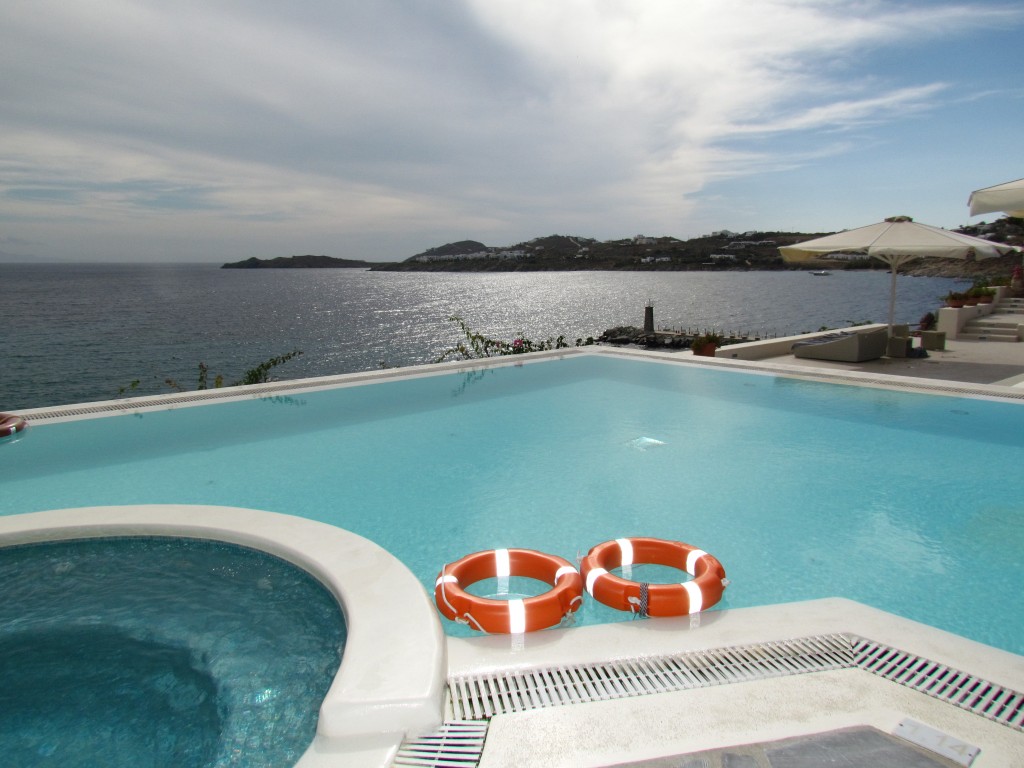 The beach at the Santa Marina is like heaven. The staff is so friendly, and the beach has large couch-style chairs that make for very relaxing beach lounging. We found ourselves ordering a sandwich and bottle of champagne and sitting in the same spot nearly every day we were there!

While there are only a few restaurants at the hotel, all of the food we had was delicious. I had a Greek salad (like the one below) every day, which is SO much better than Greek salads in the US. I had no complaints about the food – or this hotel in general! 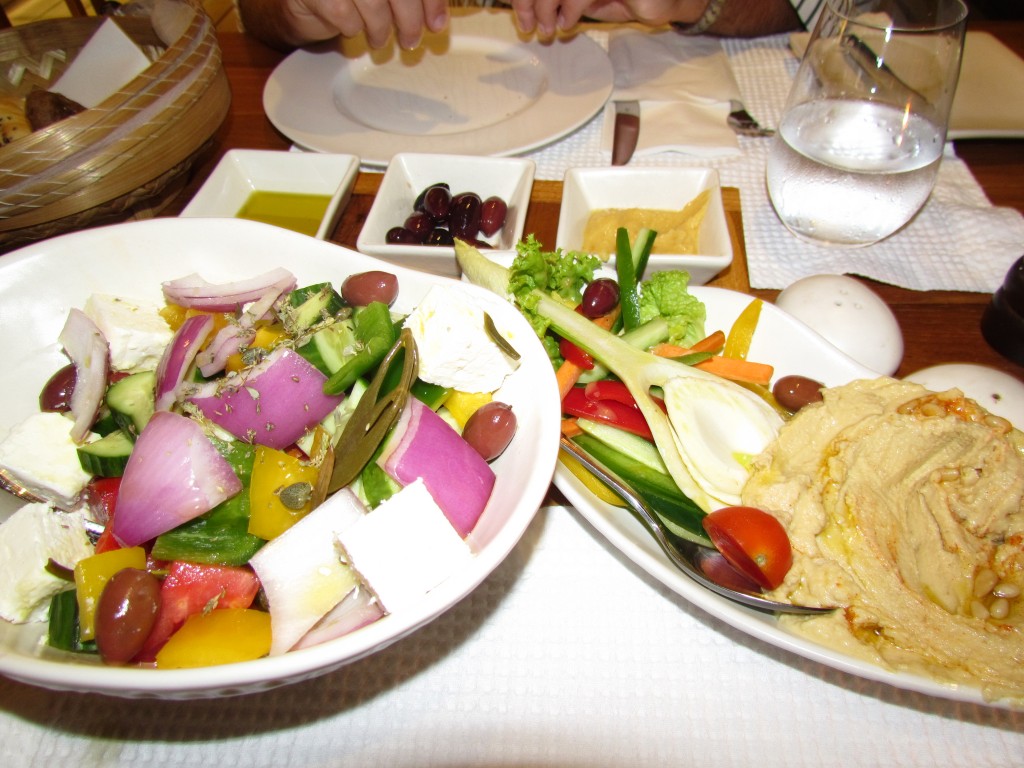